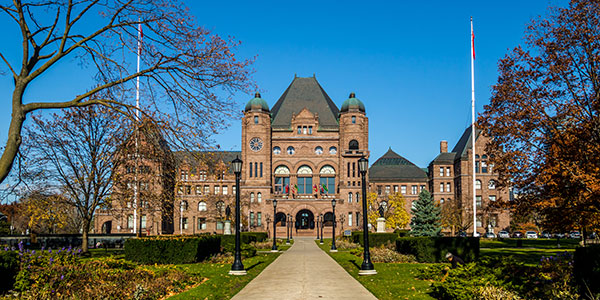 It won’t be easy.

Last night, on June 7, 2018, 15 years of Liberal rule in Ontario came to an end with the election of a majority Progressive Conservative government led by Doug Ford.

A disappointing result, as the conservatives did not produce a costed platform and their education plan was, and remains, far from credible, with numerous glaring omissions. We will be watching what develops with their plans for education in Ontario.

There was a bright spot last though: our members’ extraordinary work to help elect 40 ETT and ETFO-endorsed NDP candidates, almost doubling the party’s seat count, making Andrea Horwath and the NDP the new Official Opposition at Queen’s Park.

Thank you to all of our members for your canvassing efforts, your activism, your petitioning, your participation in ETFO’s social media rally, and all of the other amazing things you did this election to support building better schools.

Then there’s the amazing campaign run by ETT Executive Officer Felicia Samuel in Scarborough—Rouge Park, in which she finished a very close second.

A disappointing result to be sure, but one that does nothing to detract from her inspiring run.

A deep thank you to Felicia and all of the ETT members that volunteered their time to support her campaign.

We are very proud of her efforts.

There is no doubt that the next few months and years will be difficult, as the incoming Progressive Conservative government will likely pursue policies that are deeply at odds with our vision for the schools our students deserve.

We will be vigilant and keep the new government accountable.

For the past two years, as a union, we have been engaged in an organizing campaign designed to leverage our power as teachers to win victories in the classroom and beyond.

We are ready and we will hold the new conservative government to account as we continue to stand for our members, the students in our care, instructional and curricular excellence, and for the province’s shared public education system as a whole.

We will also not back down in our defense of workers’ rights and we will continue to provide leadership in the areas of anti-poverty, non-violence, and equity.

Collective Bargaining is a year away and there will be challenges to be sure. But, together, will not let up in our fight towards building better schools.