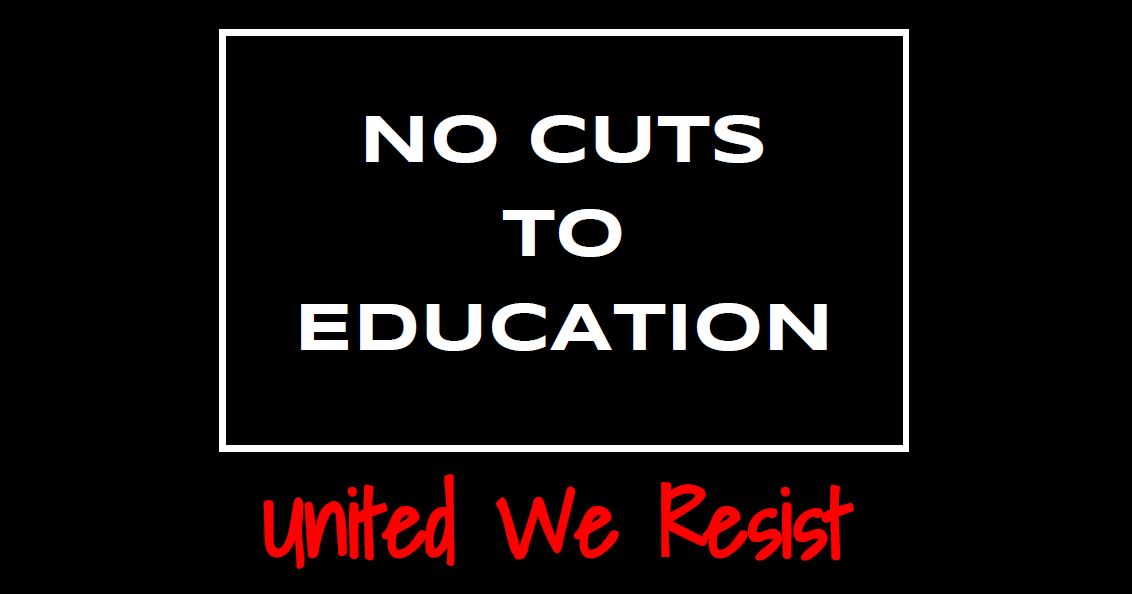 No Cuts to Education: United We Resist Rally – Thank You

THANK YOU TO EVERYONE WHO BRAVED THE SNOW AND COLD TO MAKE THIS RALLY A SUCCESS. WE DID IT!

We demonstrated the power of people on February 27, rallying against the wave of cuts to public education and services while Doug Ford’s PCP tried to get to their $1250+ per plate dinner at the Toronto Congress Centre.  If elected officials are displaying a blatant disregard for the majority of what Ontario’s children need versus political agendas, it will be met with resistance.

We mobilize for justice.

Public education has been about more than just opening doors to secure a good job. Knowledge is power, and we believe in the power of our people. These cuts mean cuts to quality education for the masses, the people whose minds need nurturing to critically think and understand information; to make informed decisions that will impact the progress of our society. These unjust cuts impact the lives of those already marginalized; an attack on their livelihood, safety – even health.

We will not let any cuts to public education or public services go unchallenged. WE are fighting for Ontario’s children, educators, families, and communities.

Ford’s $1250/plate fundraiser dinner was interrupted – because we won’t let Ontario’s children miss out on safe, quality education they deserve.

Thank you everyone who came tonight to fight #NoCutsToEducation in solidarity with educators, parents, & community. #ETT #ETFO #caned pic.twitter.com/ltFahLzqcf