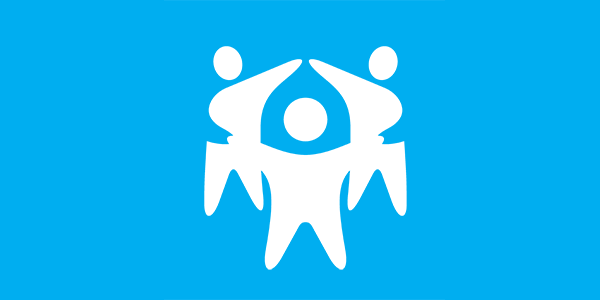 The ETT Executive has been working together for the past few years, in conjunction with celebrated labour organizer Jane McAlevey, in an effort to increase participation and involvement in our union.

In our most recent meetings with Jane, the ETT Executive developed a Unity Statement, a forward-facing commitment that recognizes that we must change our structure and how we operate to better reflect our goals as a union, especially as we move towards an organizing-driven approach to Collective Bargaining in 2019 and campaigns beyond.

The Unity Statement is an act of solidarity that has been developed by the present ETT Executive, as a reminder of our commitment to build a stronger, more engaged union, so we can realize the schools Toronto students deserve, and make the teaching profession joyful again. 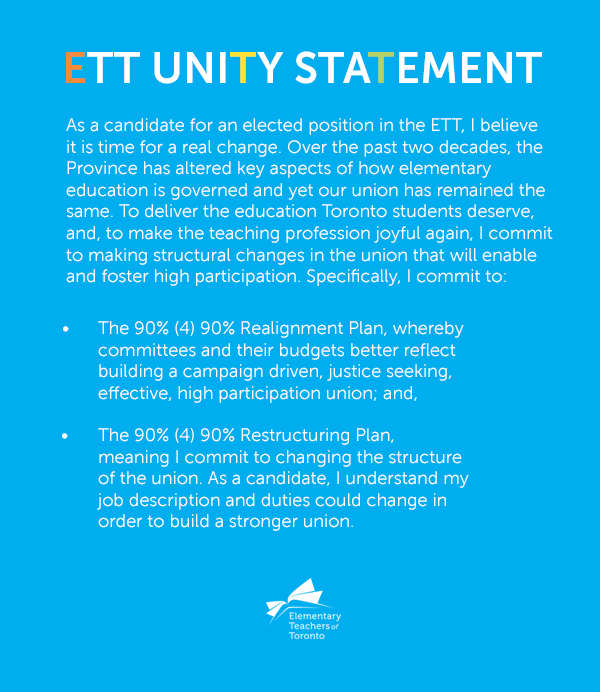 As a candidate for an elected position in the ETT, I believe it is time for a real change. Over the past two decades, the Province has altered key aspects of how elementary education is governed and yet our union has remained the same. To deliver the education Toronto students deserve, and, to make the teaching profession joyful again, I commit to making structural changes in the union that will enable and foster high participation. Specifically, I commit to: