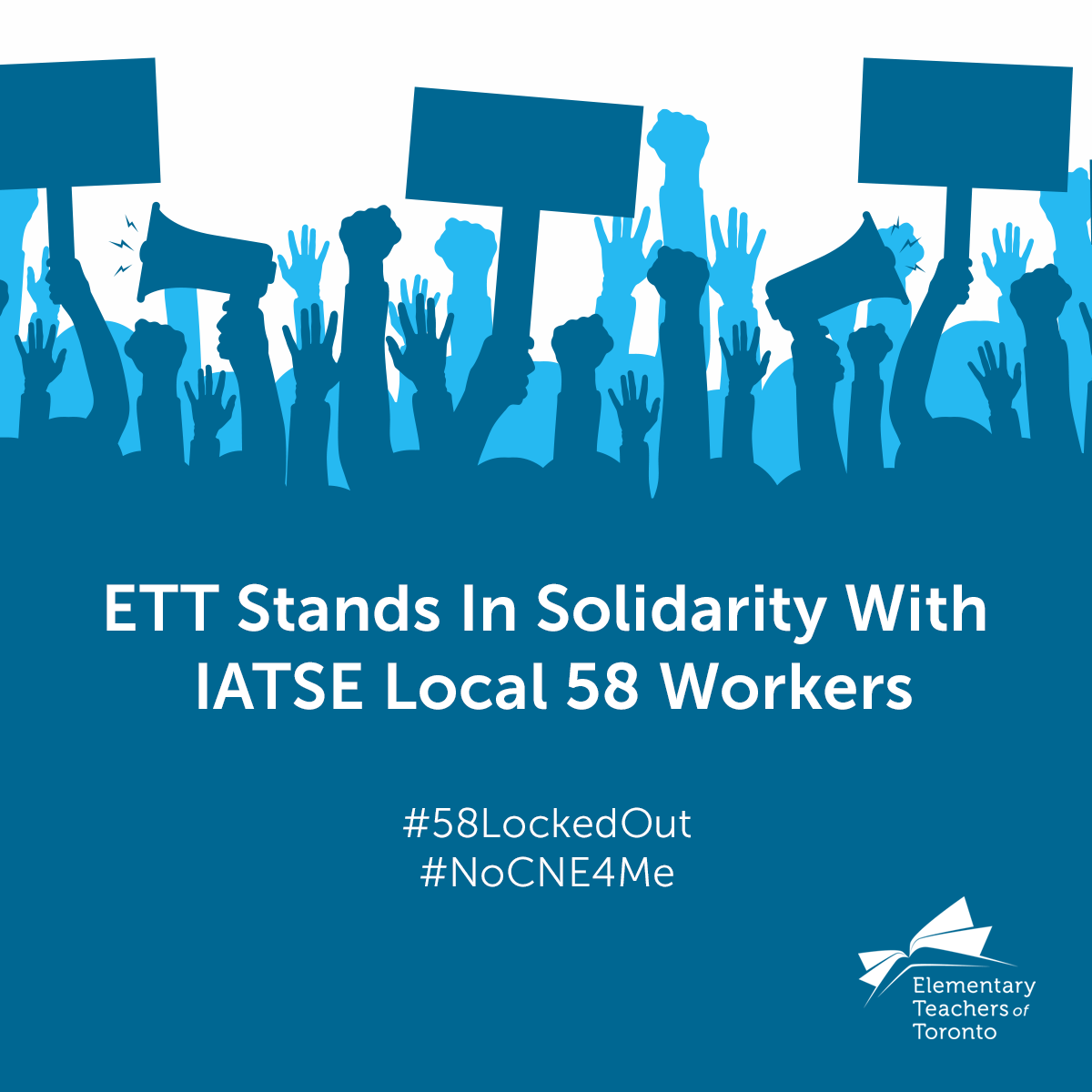 ETT stands in solidarity with the IATSE Local 58 workers locked out from their jobs at Exhibition Place.

For more than 60 years, IATSE’s highly skilled technical workers and stagehands have provided the foundation that’s allowed the CNE and Exhibition Place to flourish.

The decision of Exhibition Place’s Board of Governors to leave the bargaining table and lockout its workers is shameful. Even worse, the board’s actions were prompted to fulfill a plan to permit outside corporations to bring in unskilled, non-unionized workers, threatening the livelihoods of IATSE members and their families.

ETT members are strongly encouraged to show their support for IATSE Local 58 workers by not crossing the IATSE picket lines to attend the CNE and/or any other venue or event on Exhibition grounds. This includes Toronto FC games, Medieval Times, Toronto Argos games, and events at Liberty Grand.

Members are also advised that the 2018 Toronto Labour Day Parade will not be ending at the CNE this year as a result of the lockout.

Instead, labour groups from across Toronto and the GTA will take part in a large demonstration of solidarity after the parade. Members will be informed of details as they become available.

ETT Shows Support in the Media

“I love the CNE, but I will NOT be attending this year. I encourage others to do the same. This is not how you treat workers.”

SHAME. I ❤️the CNE, but I will NOT be attending this year. I encourage others to do the same. This is not how you treat workers. https://t.co/osygCX6ltd

Send a message to Toronto Mayor John Tory demanding an end to the lockout and a return to the bargaining table.

Send a message of support using the hashtags #58LockedOut and #NoCNE4Me to demand action to protect good jobs.