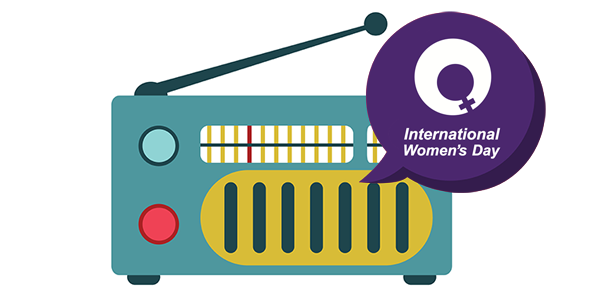 To celebrate International Women’s Day the ETT Status of Women Committee has produced a radio ad which will be airing on Toronto stations in the run-up to March 8.

Each of us, with men and women joining forces, can be a leader and take bold pragmatic action to accelerate gender parity. In 2017, be bold for change and take groundbreaking action that truly drives the greatest change for women.

Listen to the Radio Ad

The radio ad will be playing on the following Toronto stations:

Take Part in the IWD March

Join the ETT Status of Women Committee in celebrating International Women’s Day on Saturday, March 11, 2017. Start the weekend with an amazing, empowering experience, and great food and friends!