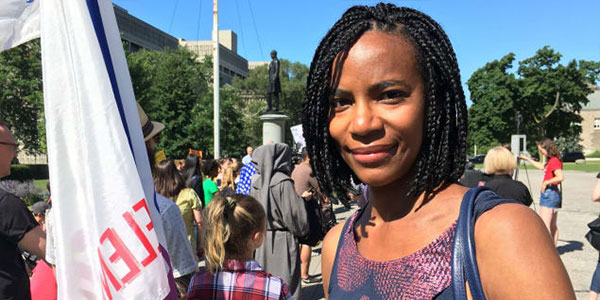 On Thursday, July 19, 2018, ETT members joined with concerned parents, students, and other educators to hold a sex-ed class in front of Queen’s Park to protest the planned rollback of the sex education component of the Health and Physical Education Curriculum to 1998.

At the protest, ETT Vice President Yolanda B’Dacy spoke to French-language Radio-Canada, explaining that Doug Ford and the Progressive Conservatives are trying to deceive Ontarians when they claim that they’re simply returning to “2014 curriculum,” as the curriculum in 2014 was the 20-year-old 1998 program.

Returning to the old curriculum would be a mistake, she said. “[The 1998 curriculum] no longer reflects our reality in 2018. Our students deserve to be taught this information instead of having to look for it elsewhere.”