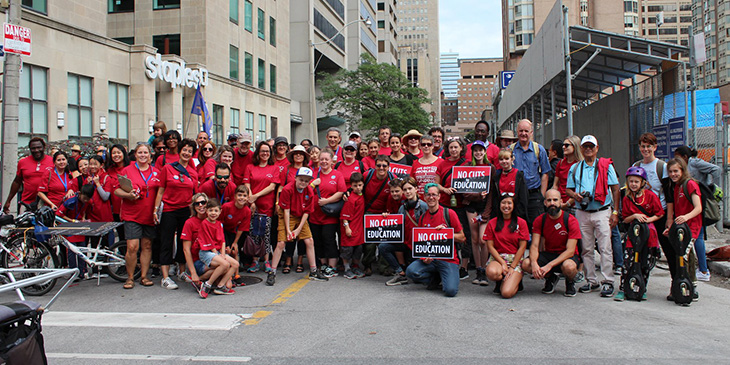 On September 2, 2019, ETT members joined with our friends from other GTA education locals to march in the 2019 Toronto Labour Day Parade and to celebrate the achievements of the labour movement.

Thank you to all of the ETT members and members of other labour locals that participated and helped to make this year’s parade a success.

Video From ETT President Joy Lachica Regarding COVID-19 School Closures, Health and Safety, and Our Response to Community and Learning Needs