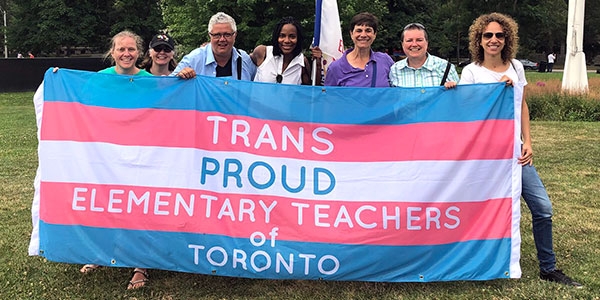 On Saturday, July 21, 2018, ETT members joined with parents, students, and other educators from across the province at the March For Our Education at Queen’s Park to protest Doug Ford’s ill-conceived plan to take sex-ed in schools back to 1998 and to abandon initiatives to develop more Indigenous content.

It was a great showing from ETT members, and our friends and allies from other locals and social justice groups. 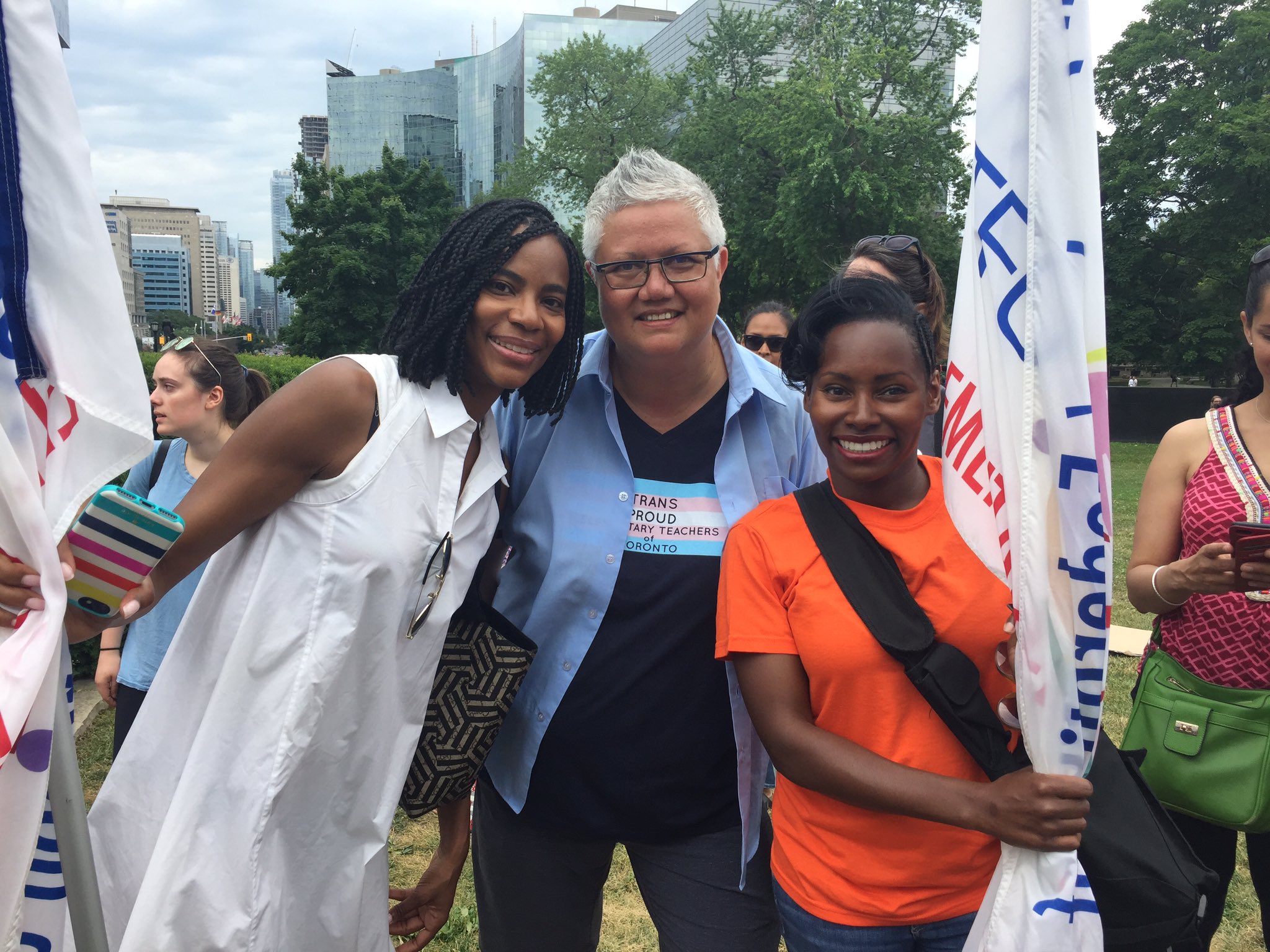 ETT was a strong presence at the rally, with ETT President Joy Lachica speaking on behalf of ETT and ETFO, and ETT Vice President Yolanda B’Dacy speaking with French-language Radio-Canada.

Special thanks to all of the ETT members that attended. Our efforts are already starting to have an impact.

At the rally, ETT President Joy Lachica spoke to parents, students, educators, and other concerned attendees, lambasting Doug Ford’s plans, or lack thereof, for sex-ed and Indigenous content in the classroom.

“Wake up Doug Ford. Wake up Lisa Thompson. It is the 21st century,” said ETT President Joy Lachica. “We are here. We are proud. And we stand committed to teaching the right things.”

“We stand in solidarity to teach consent, circa 2015. We will teach healthy relationships. We will teach anti-bullying and anti-cyber bullying. We will foster safe and caring classrooms, and school communities for all.”

“The 90s are over…reopening this is an utter waste of tax dollars.”

“We will not accept the erasure of our LGBTQS2SIA identities…[and] all that our communities and the labour movement have fought for, and what legislation has achieved over decades.”

“We will rise up to educational calls to action, the urgency to decolonize our texts, and to re-write our dusty curriculum documents so that they finally tell the truth that precedes reconciliation.”

“We will not be moved. [We will] teach our children pride and honour of identity.”

Watch ETT President Joy Lachica speaking at the March For Our Education.

At the rally, Radio-Canada interviewed ETT Vice President Yolanda B’Dacy, asking if she thought the pressure of all of the rallies, protests, social media action, and petitions were causing the government to step back from its controversial sex-ed rollback.

“Little by little, [the government] is listening, and, maybe, changing their minds,” said Yolanda. “They see that parents and teachers have had enough.”