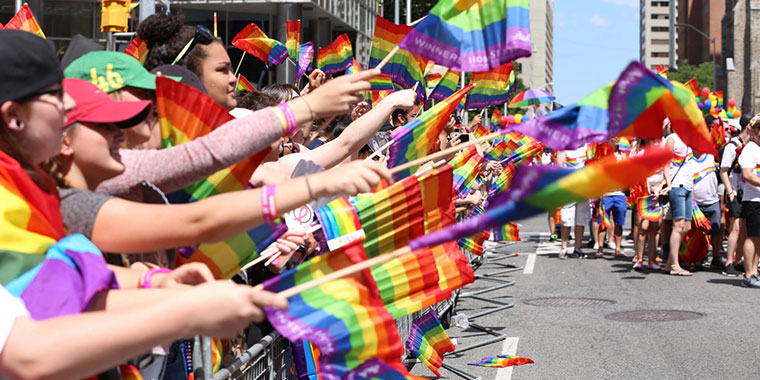 ETT joins with the LGBTQI community, labour and social justice organizations, and people of all cultures and backgrounds in celebrating Pride Month.

ETT members are also invited to volunteer at the ETFO booth in the Pride Toronto StreetFair and to join ETFO participants in the Pride Parade on Sunday, June 23, 2019.

Continuing with tradition and in support of the LGBTQI community, all ETT media (logos, social media accounts, enewsletters, etc.) has been revamped with Pride theming for the duration of Pride Month.

Pride is an important recognition of our diversity and inclusivity. All ETT members are encouraged to take part in ETT and ETFO Pride events and to make celebrating Pride a part of their classroom.