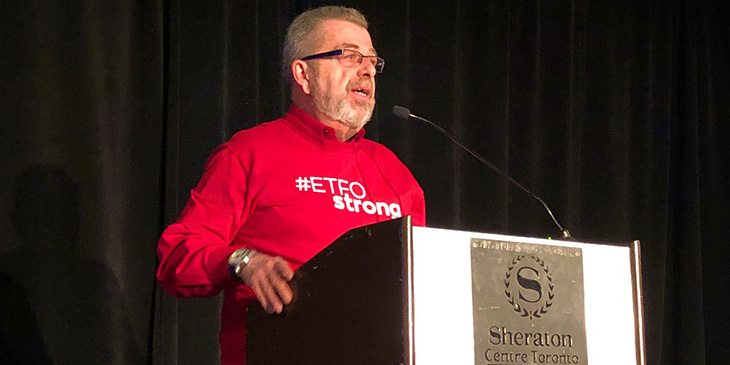 ETFO Media Release: ETFO Receives ‘No Board’ Report – Yet Another Call For Contract Talks To Get Serious

The following ETFO Media Release was posted on November 8, 2019.

The Elementary Teachers’ Federation of Ontario (ETFO) today received a ‘no board’ report that it hopes is yet another call for school board bargaining agencies and the government to get serious about contract talks.

“ETFO is fighting for investment, not cuts in education, but Doug Ford’s Education Minister Stephen Lecce isn’t listening,” said ETFO President Sam Hammond. “While ETFO is now in a legal position to take strike action in 17 days, we will continue to focus on contract talks in an attempt to arrive at a deal that improves student learning conditions and educator working conditions.”

“Parents don’t want cuts to education. It’s unfortunate that this is only way we can get the government and school board associations to address these critical issues and maintain Ontario’s world-class public education system,” added Hammond.

ETFO has received a ‘no board’ report from the Ministry of Labour for both its Teacher / Occasional Teacher and Education Worker Central Bargaining Tables.

“ETFO will keep trying to reach a fair deal during this time. It’s on the government’s shoulders to start investing in public education so that our students can succeed.”