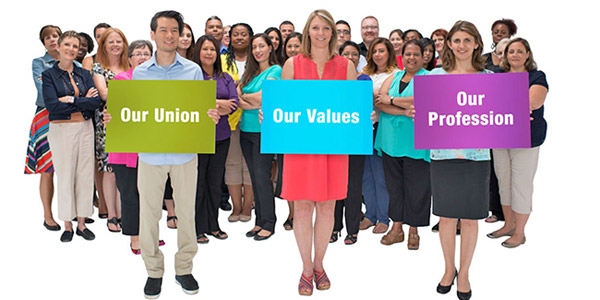 ETFO Receives “No Board” Report from Minister of Labour

The following update was posted on ETFO Collective Bargaining website on April 24, 2015.

Elementary Teachers’ Federation of Ontario (ETFO), the union that represents the province’s public elementary teachers and occasional teachers, has received a ‘no board’ report from the Minister of Labour, putting ETFO in a legal strike position as of May 10, 2015.

ETFO members have been without a contract since August 31, 2014. Central bargaining stalled in February when the Ontario Public School Boards’ Association (OPSBA) and the Liberal government tabled demands that would strip ETFO members’ collective agreements, erode their working conditions and reduce teachers’ ability to use their professional judgement when providing instruction and support to students.

“A ‘no board’ report doesn’t mean negotiations have ended. ETFO continues to be open to meaningful bargaining that meets the needs and respects the professionalism of our members,” said ETFO President Sam Hammond. “But ETFO members are running out of patience. They’ve seen the changes that OPSBA, in particular, has been demanding. Our members are telling us they are deeply offended by the insinuations that their professional practice needs to be policed by OPSBA.”

“Ontario’s teachers are highly skilled professionals who are largely responsible for this province being one of the best performing education systems in the world. That is something all Ontarians should be proud of. Our members didn’t need OPSBA’s agenda of control and micromanagement to achieve that result,” said Hammond.

“The world’s best education systems give highly skilled teachers the professional autonomy they need to provide the best learning possible for their students. How can school board administrators, who are not in the classroom, know better than teachers how to manage classrooms?”

“ETFO’s priority remains achieving a negotiated settlement that meets our members’ needs and respects our members’ professionalism – but we are considering our options,” added Hammond.

Video: ETFO Receives Its No Board Report

President Sam Hammond discusses the receipt of ETFO’s “no board” report, which places the Federation in a legal strike position as of May 10, 2015.