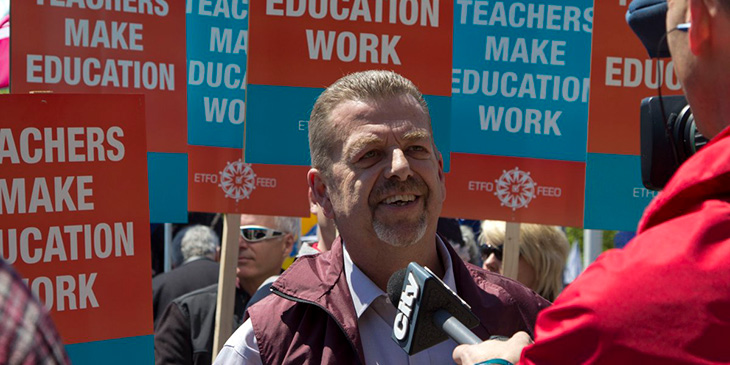 The following ETFO Media Release was posted on September 11, 2019.

ETFO to Hold Mass Meetings With Members to Discuss Bargaining

In September and October, the Elementary Teachers’ Federation of Ontario (ETFO) will hold mass meetings with all 83,000 members to discuss central bargaining issues and conduct a central strike vote.

Members will be asked to demonstrate their support for ETFO bargaining priorities that include more support for students with special needs, class size and class structure, the protection of Full-Day Kindergarten and fair and transparent hiring practices.

ETFO’s goal is to reach an agreement at the central bargaining table without having to take job action. It is committed to continuing negotiations at the bargaining table until a fair and reasonable collective agreement can be reached for public elementary educators in Ontario.