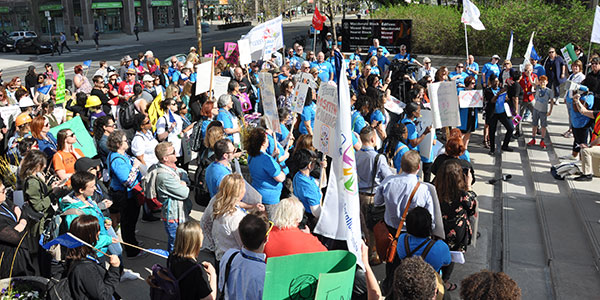 On Wednesday, May 9, 2018, hundreds of teachers, education workers, parents, and students from across Toronto, and other parts of the province, brought their concerns about the province’s broken education funding formula to the steps of the Ontario Ministry of Education in Toronto.

“The current education funding formula is shortchanging our students. Large class sizes, insufficient supports for students with special needs, aging buildings and classrooms that are failing into disrepair—it’s all related to an inequitable and broken funding system. Teachers are prepared to get involved in this election campaign, to make this an election issue.”

With the Ontario Election now officially called, members are encouraged to pledge to vote to support Building Better Schools, and to share the pledge with their colleagues, friends, and neighbors.

Together, let’s use the opportunity provided by this election to realize the schools our students deserve. 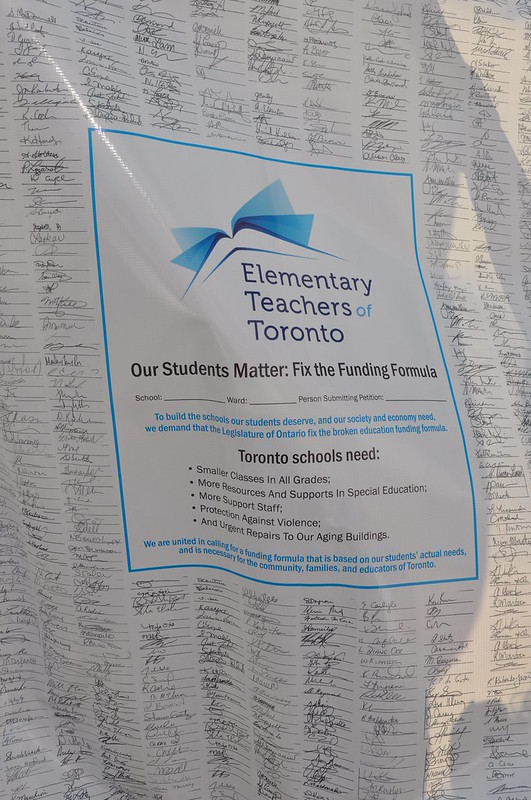